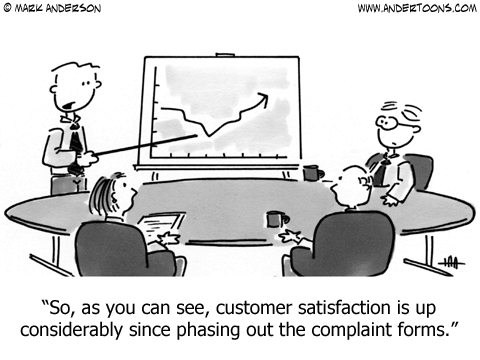 In my Mad Men Business days, prior to the cell phone and easy access to the internet, successful upper managers were able to obtain reliable information from long term trusted front line employees instantly by maintaining discreet and confidential lines of communication. This is how they were able to uncover serious problems and to verify the accuracy of information provided by other managers. Also many companies instituted in house auditing teams to audit different departments to determine better practices.The various departments did not have a choice but to implement the better recommended procedures. Those who were successful on these teams often were rewarded by management and so there was ample incentive to do well. One did well when people trusted you enough to share information. If someone requested credit for their ideas, then one would make sure to give that person credit both verbally and in writing. If someone did not want credit, then it was presumed that they preferred their privacy. In that case one would describe how a practice could be improved without disclosing any names. If one had a reputation for being an actor and trustworthy and if someone approached that person with crucial information, then that person would always know which upper managers to seek to remedy whatever situation needed fixing without having to mention the source. The informal infrastructure was well established to where there were safe ways for employees to come forward without fear of being harmed.

I talked to several agents with a background of working in call center environments, and I was able to discern several areas which caused them to be morally conflicted. One has to do with a company’s  practices regarding the customer service surveys issue. Recall when I described how an agent when dealing with a customer voicing a complaint, could bar this person from access to the customer service survey via several methods such as not hanging up first, or transferring the call to a different division or their direct manager. I did ask some of the agents if this wasn’t an integrity issue. It was explained to me how the agents who insisted on acting with integrity were treated. I was presented with this example. Some team members witnessed a well respected representative being called to her manager’s desk to explain why she received a less than an excellent survey even though the agent had little control over the call. The customer was complaining that the division he was attempting to contact was not available to conduct business during the same hours of other divisions. This agent informed him that the other division had different working hours and instructed him as to when he could call again. This example was not an isolated event. This same agent refused to compromise on her integrity. However view this case from the perspective of the other agents. It became evident that they would be rewarded for having excellent customer service surveys and censored for receiving anything less than perfect surveys. My opinion is that the company needs this feedback to create ways to prevent others from having a similar experience in the future. This practice does not serve the company’s interests as this feedback is necessary; the customer is not serviced; and the agent is not well serviced by being singled out for a discussion by her direct supervisor. Subtly, this  manager is complicit in creating the culture by which their agents are tempted to compromise their integrity. In addition, the employer of these agents has in their mission statement the words of integrity, honesty and honor. How do their employees deal with this message being so counter to the above described practice?

The agents detailed another ethical problem with me related to insufficient training and retraining in a work arena where the policies, rules, regulations and practices are frequently updated. For example, one agent described how she was written up by her direct supervisor for making a mistake in pricing a policy. She had to find an underwriter to explain and show her boss the written company policy regarding the particular situation by which she was obligated to price the policy. The supervisor asked why she did not hear this discussion in the phone recording in the last conversation with the client. The agent explained that she simply corrected for the prior agent’s mistake which is the same mishap her supervisor would have made. Also, the  agents were faced with another moral conflict by being asked to write up the errors they detect in order to have them forwarded up to management  for coaching and training opportunities, while also being tracked regarding their average call handling times. The agents tell me that spending time to write up every  blunder would add significant time to this parameter and so, the agents who followed this instruction would definitely not be rewarded. Most said they simply did not have enough time to do this.

Another issue that caused some agents to be squeamish had to do when the product delivery to the client was not in keeping with the company’s mission statement. The company’s brand is that of providing exceptional products and services. However, one agent described how the company did not always live up to it’s brand. She had such a bad experience with a client  who had interacted with the mortgage division that she could not consider making any more referrals to this division and she felt let down by her management. The following example also demonstrates  how not documenting a client’s account can do real harm. Prior to this particular contact, the client had talked to more than one sales agent and a supervisor to make sure he met all the requirements necessary for him to close on a property prior to purchase of his first home. He had just graduated from a top rated law school and had accepted his first job at a top tier law firm. When he finally started the closing process, another agent advised him that he did not qualify. There was no documentation regarding the prior multiple calls. This gentleman said if he had been told this upfront, then he would have done business with another company within the time frame that he needed to successfully close on the home he wanted. Because he had foolishly relied on the prior agents’ instructions, he ended up renting because he needed to settle his family which included his very pregnant wife and to start working before a specific deadline. This client stated that in the future, he would be purchasing a mortgage with Quicken Loans and this company would no longer be his first choice for any of his future business dealings as he had lost trust in their competency and integrity. It seems to me that this company will be loosing a lot of future monies from  someone in the 1% earnings level. How many of these clients can a company afford to lose?

Remember the sales agent that I mentioned in a previous blog who wrote her CEO that she and her coworkers were being barred from making any outbound calls including promised return calls to clients. As a result, she was permitted to return promised phone calls and to provide her personal extension only if the potential client specifically requested it.

This same agent said she informed upper management even though she was concerned about the possibility of retaliation by her  immediate bosses  if they suspected she was the source. As it turned out, her managers did approach her as to why she sent the email and yes, she was subject to retaliatory measures. It came in the form of bullying tactics frequently deployed by frontline managers in the “cookie cutter” call center culture. For several weeks, she was subject to constant monitoring and excessive surveillance to the point she decided to retire one year short of receiving full benefits in order to preserve her mental health.

My thinking is that when others   witnessed this treatment of what happens to a team member who attempts to appropriately inform upper management about crucial information, it probably stopped  them from ever taking this step. Supposedly there is  a company policy with zero tolerance against supervisors acting in a retaliatory way against an employee in this instance but if the companies’ leaders are serious about this policy, they have to act upon it.

In addition, this same agent stated for the record that her calls often involved the sale of multiple policies, the sale of products from other lines of business with  customers who had been loyal clients with an alternate company for many years. If she did not close the sale involving thousands of dollars on the first contact, then she was barred from contacting the clients in the future even though she understood full well that this meant she was handing over control of the sale now to the competing insurance company whose agents would not have their hands tied behind their backs and would fight to keep the business. Although some of these clients probably did call back, this agent is convinced that many did not. This agent was very conflicted over not being allowed to competently do her job. This same agent confessed that she called a competitor’s sales division, Amica. The Amica sales agent did not hesitate to offer his extension and to arrange for a follow up call based on their conversation. 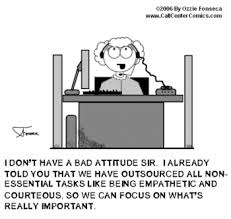 What if your company were questioned as to whether it was burdened with this unhealthy work place as I have been detailing, how would your top officers respond? Would your attitude reflect that exemplified by Mary Barra of GM; General Eric Shinseki of the VA; or the Secret Service Director, Julia Pierson?

If a company suffers from a seriously dysfunctional culture by which your frontline professionals  work in fear as I have been describing, then it is only a matter of time before your company will suffer the inevitable negative  consequences. There will be the typical build up over months and even years, steps to keep employees in line and skeletons buried. Eventually there will be the explosion. If you want to prevent this and /or discover for sure if this is the case with your company, hire an outside company to come in to do an independent audit by which every person queried is assured complete confidentiality and that there is no way that a boss or coworker can have access to what anyone has stated. This includes upper management. If important information is forthcoming, who cares about who the source is. What if you learn that your company is entrenched in this culture? You can then figure out ways for the future to obtain crucial, necessary information in a constructive ways by treating your agents as professionals while empowering them to do their jobs well. If some managers decide to continue their old habits of micromanaging by fear, then they have to be fired. The frontline employees have to know that upper management is serious about altering the work culture to better support the frontline skilled workers to where there is a free flow of information.

Then your company will have to return to basics to increase profits such as coming up with new product lines as in the case with Net Flix, or doing the research to improve your current products and practices to make sure that whatever you do offer is better than the competition. Just cutting and streamlining operating costs while squeezing the last bit of productivity out of your employees are not the only ways of increasing revenues.

2.)15 Effects of Stress on Call Center Agents and the Company blog.talkdesk.com/15-effects-of-stress-on-call–center–agents-and-the-co…